Taking Another Swing at a Hands-Free Driving Law 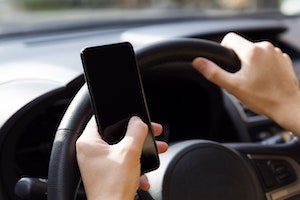 Advocacy groups and police departments are pressing lawmakers to have Alabama join 21 other states that make it illegal to hold any device while driving. Even though our state passed a texting-while-driving ban years ago, drivers still may legally hold and talk on their devices while behind the wheel, sometimes with deadly consequences. Eating, talking with passengers and using GPS systems can also be attention-breakers, but cell phones are the most common cause of fatal accidents of this type. More than 90 percent of crashes due to distracted driving in 2015 involved cell phone usage, according to a study based on data from the National Highway Traffic Administration. Alabama ranked 15th among the states with 78 cell phone related fatalities that year.

A hands-free bill passed by the Alabama House of Representatives in 2019 failed in the Senate. Now Alabama lawmakers are evaluating a new bill, HB 90, which if signed into law would make it illegal to hold your phone while driving in Alabama. The bill defeated in 2019 was modeled on the one that took effect in Georgia in 2018, prohibiting use of handheld wireless devices to engage in voice-based communications.

The measure would ban any driver from “physically holding or otherwise supporting [a device] with any part of his or her body.” Exceptions would be made for “substantially hands-free voice-based wireless communications” such as those enabled by use of an earpiece, headphone, speakerphone or other device worn on the person or mounted on the steering wheel, dashboard, center console, windshield or other part of the vehicle.

Violating the law would be punished with a fine of $100 for a first violation, $200 for a second and $300 for a third or subsequent.

The new hands-free law would also enhance Alabama’s existing ban on texting while driving. Even with hands-free devices, drivers would be prohibited from writing, reading or sending text messages, e-mails, social media content and other internet data.

The ban on texting has had mixed success. For example, even though drivers under age 18 are prohibited from using any mobile device while driving, the Alabama Department of Transportation says 25 percent of teens respond to a text message at least once every time they drive. Considering the prevalence of distracted driving crashes, this legislation is critical, responsive and timely. In 2019, 930 people were killed on Alabama roads, according to the National Highway Traffic Safety Administration (NHTSA).

At Tobias & Comer Law, LLC in Mobile, our auto accident attorneys have seen far too many people injured because of distracted drivers. We hope to see a hands-free ban passed in Alabama this year. But there will always be drivers who don’t pay attention and will cause accidents. In addition, the hands-free law may not be enough. Distracted driving is any activity that diverts the driver’s attention from the primary task of driving. Talking to another person, even handsfree, will cause a distraction in a driver’s attention to the road. According to research performed at the University of Utah, because of the degree of cognitive distraction these devices cause, the behavior of drivers using mobile phones (whether hand-held or hands-free) is equivalent to the behavior of drivers at the threshold of the United States (U.S.) legal limit for alcohol while driving (0.08 percent blood alcohol concentration) [Strayer, Drews, Crouch, 2006].

At Tobias & Comer Law, LLC, we are accident lawyers who fight to help injured people get compensation after motor vehicle wrecks, no matter the cause. If you’ve been impacted by a car or truck crash, call (251) 432-5001 or contact us online to set up a free initial consultation to discuss a potential personal injury lawsuit.