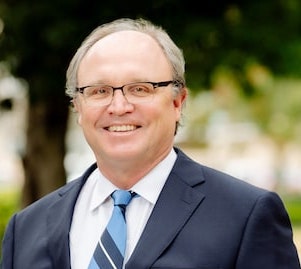 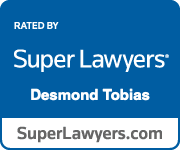 Desi Tobias is a graduate of The University of Alabama and the Cumberland School of Law where he received his Juris Doctor in 1987. Desi was admitted to the Florida Bar in 1987 and the Alabama State Bar in 1989.

More than 30 years ago, he began his law career serving with the Florida Attorney General in Tallahassee, Fla. In 1989, he returned to his hometown of Mobile, Ala. to begin practicing law with an insurance defense firm. Since 1995, Desi’s practice has focused exclusively on the representation of injured victims. During his career, he has tried more than 100 civil bench and jury trials.

Desi is rated AV Preeminent® by his peers on Martindale-Hubbell, the highest peer rating standard. He has also been selected to the 2019 and 2020 Mid-South Super Lawyers list, an exclusive list, recognizing no more than five percent of attorneys.

He is married to the former Cecelia Mills of Mobile. They reside in Mobile with their four children, Desmond, III, Michael, and twins, Jack and Macy.

Desi's Papers
Contact Us
Practice Areas
SIGN UP FOR OUR NEWSLETTER
Client Reviews
★★★★★
“They are simply the best!” T.P.
★★★★★
"Very good lawyer, go to him if you need one" D. S.
★★★★★
"Great staff, Desi Tobias is a terrific attorney!" Vanessa
VIEW MORE
Submit a Law Firm Client Review