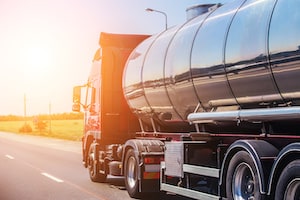 On the evening of July 11, 2016, David Parks was severely injured when the commercial truck he was driving was run off of Interstate 10 in Baldwin County, Alabama, by two cars that were racing. David was driving a tanker truck and had delivered liquid carbon dioxide to Andalusia and Panama City, Florida, that day. David was returning home and made it to mile marker 41 on Interstate 10 at 10:35 that evening.

The two cars approached David in excess of 100 miles per hour, just west of Loxley, as he drove back to Mobile. One of the cars whipped into the left lane, passed David, and suddenly cut back in front of David, clipping the truck’s front bumper. David swerved to the right in an attempt to avoid the car, ran off of the Interstate onto the shoulder, and when he tried to get back onto the road, he lost control of the truck, and barrel-rolled down an embankment off of the left-side of the road. The racing vehicles sped away from the scene and were never found.

David was wearing a seatbelt, but the force of the roll slung him out of the cab, breaking his ribs, left shoulder, left arm, left side of his hip, left leg and tore the ACL in his left knee. Fortunately, an eyewitness saw the wreck and stopped to help David. The witness dialed 911 and walked deep into the wooded median to find David. David was taken to Sacred Heart Hospital and endured multiple surgeries for his many broken bones and subsequently contacted the experienced truck accident lawyers of Tobias & Comer Law, LLC to begin the investigation.

The case was hard-fought from the beginning. The truck accident lawyers at Tobias & Comer Law, LLC hired expert witnesses in the fields of accident reconstruction to explain the physics of how the wreck happened, functional capacity to explain whether David would be able to work again, and an economist to discuss how much David’s lost wages were due to the wreck. Before trial, neither State Farm nor ALFA offered any money to settle David’s case. State Farm and ALFA argued that David made up the story of the racing cars, and that he actually fell asleep driving. The Baldwin County jury did not buy the insurance companies’ arguments, and after three days of trial, the jury returned a verdict for $1,176,530.39 in favor of David and Aimee. The verdict was recognized as one of the Top 100 verdicts in the country for 2018 involving commercial trucks. Top 100 Verdict.

If you or a loved one have been injured in a trucking wreck, or due to an uninsured driver, or a driver who flees the scene of the wreck, let the Mobile, Alabama trucking team at Tobias & Comer Law, LLC work for you.