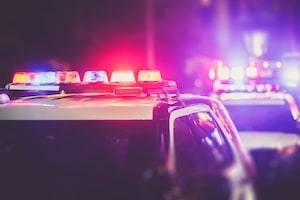 At 5:00 p.m. on the afternoon of December 10, 2013, a drunk driver, David Wank, rear-ended Charlymae Eaton and Lasonya Mitchell on Highway 98 near Interstate 10 in Daphne. Charlymae is Lasonya’s mother, and they were returning home to Mobile after visiting a relative in Fairhope. The ladies were stopped at a traffic light, when Mr. Wank rear ended them.

Mr. Wank’s blood alcohol content (“BAC”) at the time of the wreck was .13, which was over the legal limit, and he was arrested at the scene. In Alabama, if an adult driver’s BAC is .08 or above, then the driver can be arrested for DUI. The arresting officer at the scene concluded that Mr. Wank’s level of intoxication caused him to rear-end Charlymae and Lasonya’s car. The impact injured both ladies, who were treated for their injuries for weeks after the collision.

When selecting a lawyer to handle your case, it is important to see whether the lawyer is simply a television personality who you will never meet, or whether the lawyer is a real person - a trial lawyer who knows how to handle complicated cases in the courtroom. Often, insurance companies will try to settle the case for a small fraction of the value of the case, in the hopes that the lawyer is not experienced and will try to settle the case as quickly as possible, often to the client’s detriment.

Fortunately, Charlymae and Lasonya hired the experienced Mobile, Alabama, personal injury trial lawyers at Tobias & Comer Law, LLC soon after the wreck. Engaging the firm early allowed the team to do the investigation necessary to pursue the case. The investigation uncovered that this was not Mr. Wank’s first DUI – it was his fifth. Tobias & Comer Law, LLC’s team was able to locate Mr. Wank’s prior DUI convictions and have them certified so that they could be used in the ensuing trial.

Mr. Wank’s insurance coverage was insufficient to pay the damages he owed for causing the wreck while he was impaired. This is known as an “underinsured motorist” claim under Alabama law. There is no distinction in Alabama between an at-fault motorist who is uninsured, and one who is underinsured. If an at fault driver has no insurance coverage, or not enough coverage, the injured driver who is not at fault (Lasonya in this case), and all persons riding in the car (Charlymae), can bring a claim against the underinsured motorist carrier.

Tobias & Comer Law, LLC filed suit on behalf of Charlymae and Lasonya against Mr. Wank and Liberty Mutual Insurance Company in the Circuit Court of Baldwin County, Alabama. The case was hard-fought as Mr. Wank denied that he was intoxicated at the time of the wreck, despite being arrested at the scene and later being found guilty of DUI. Over the ensuing months, the firm took depositions of witnesses to the wreck, such as the arresting Daphne police officer, who proved that Mr. Wank was under the influence of alcohol, and that his impairment caused the wreck.

Neither Mr. Wank, his liability insurance company, or Liberty Mutual, the underinsured motorist carrier, were interested in settling the case, so Tobias & Comer Law, LLC’s lawyers Bryan Comer tried the case to a Baldwin County jury. The defendants fought to keep the jury from hearing Mr. Wank was impaired at the time of the wreck or that he had four earlier DUIs. Experienced personal injury attorney Bryan Comer was able to overcome the defendants’ arguments and showed the Court how the evidence was admissible at trial, due to Tobias & Comer Law, LLC obtaining the proper documentation to be able to show the jury.

At the conclusion of the trial, the jury returned a verdict of $450,000.00 against Mr. Wank and Liberty Mutual – one of the highest verdicts returned in Baldwin County in a car wreck case. The jury awarded Charlymae and Lasonya $25,000.00 each in compensatory damages, which are meant to compensate them for their medical bills and out-of-pocket expenses, as well as for the physical pain and mental anguish they endured. The jury also awarded $400,000.00 in punitive damages against Mr. Wank, which are meant to punish him for his bad actions and to deter him, and others in the community, from making the decision to drink and drive.

After the verdict was returned, the defendants fought to have the verdict thrown out, or to have the case re-tried. Because Bryan Comer is an experienced trial attorney, he was able to defeat the defendants’ attempts and were able to collect the judgment rendered after the jury’s verdict.

If you or a loved one have been injured by a driver who was operating a vehicle while under the influence of drugs or alcohol, let the Mobile, Alabama personal injury lawyers at Tobias & Comer Law, LLC help you. Contact us for a free consultation about your case.