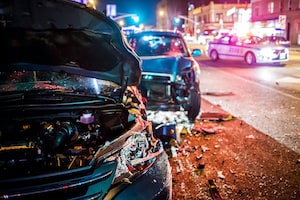 Thousands of crashes involving intoxicated drivers occur on Alabama roads every year, and if you are one of the unfortunate people who have been hurt or have lost a loved one in a wreck caused by such a driver, you’re probably wondering about your legal options. The Mobile, Alabama car accident lawyers at Tobias & Comer Law, LLC are experienced in handling cases involving impaired drivers and can help you navigate the legal process with compassion and skill.

Intoxicated driving is a major problem in many states, Alabama included. According to the Alabama Department of Transportation’s 2020 Crash Facts, there were 134,039 total motor vehicle accidents in 2020. The driver was suspected of alcohol or drug impairment in 5,107 of those. All those crashes led to nearly 37,000 injuries and 932 fatalities. This is why it is important to contact a car accident lawyer in the Mobile area if you were involved in a car wreck due to the negligence of an impaired driver.

Alabama law allows an injured person, or the family of someone killed in a wreck, to sue the intoxicated driver who hit them. It also allows you to sue the driver if you were a passenger in a car driven by someone who was drunk or high.

The injured person may also be able to file a claim against alcohol-serving businesses whose patrons drive drunk and get into accidents. These are called “dram shop” suits — named for 18th century British establishments that sold whiskey by the dram (about one fluid ounce).

Alabama’s dram shop law makes a bar, tavern, restaurant or other liquor provider liable to people injured in an accident caused by someone who was served alcohol contrary to law. This means the customer was either below the legal drinking age or appeared intoxicated — considering the totality of the circumstances — at the time they were served. A wrongful death suit can be brought on behalf of a victim who dies as a consequence of such a crash.

Alabama’s dram shop law generally applies to Alabama’s ABC Board licensees who serve alcohol contrary to the provisions of the law. The person served is barred from suing them for his or her own injuries resulting from intoxication. However, a family member of a third party injured in consequence of the intoxication can have a claim.

A successful personal injury lawsuit against a drunk or drug-using driver, or against a vendor who serves alcohol contrary to law, allows the injured party to recover several different forms of damages. Your car accident lawyer will explain these in detail, but in general you can recover, among other things, medical costs for treatment of injuries, loss of current and future wages and employment benefits and costs of long-term care and rehabilitation. Compensation can also be sought for pain and suffering and emotional distress, and punitive damages may also be available.

Based in Mobile, Alabama the law firm of Tobias & Comer Law, LLC has recovered millions of dollars for our clients over the years, and we are known for aggressively pursuing claims against intoxicated drivers. Our auto accident lawyers are ready to provide a free evaluation of your case at any time. Please call 251-432-5001 or contact us online. We handle car accident cases throughout Alabama.